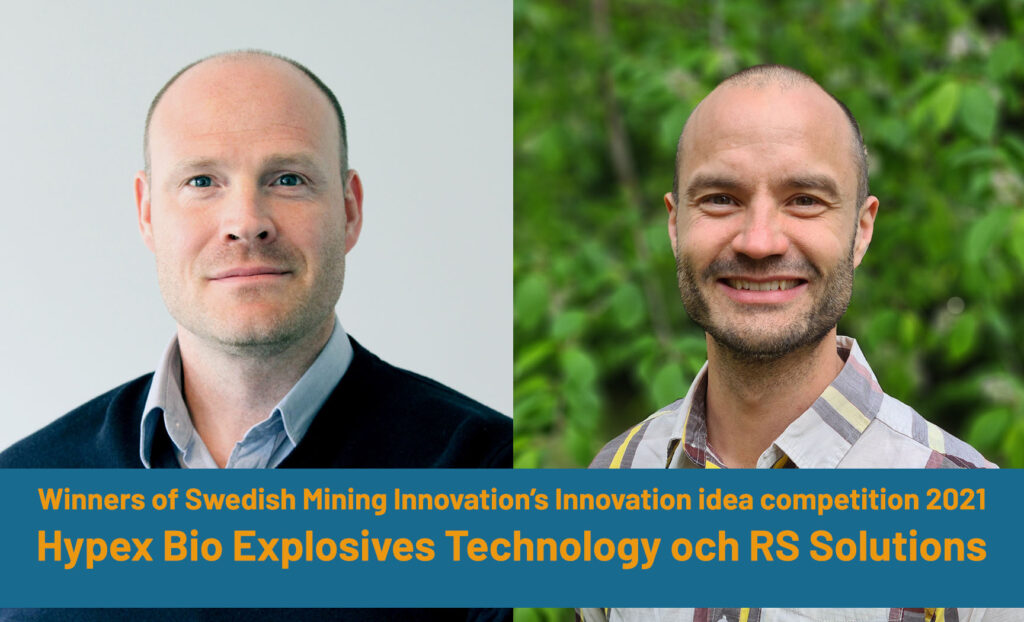 In the beginning of June, the strategic innovation program Swedish Mining Innovation held its annual innovation idea competition. About twenty entries of consistent and high quality was submitted to the competition, which is aimed at small and medium-sized companies with ideas for tomorrow’s sustainable industry. After the jury’s deliberation, it is clear that two winners will receive SEK 600,000 each for the realization of their ideas. The winners are Hypex Bio Explosives Technology and RS Solutions for their innovative ideas for predictable, sustainable and safe mining.

Matz Sandström, Swedish Mining innovation and chairman of the jury, is very impressed by the two winning ideas that he hopes will be of great importance to the mining industry, both globally and in Sweden.

– Both innovations address a key area for the development of predictable and safe mining with less environmental impact. Increased knowledge of how the rock mass is affected by mining and access to more environmentally friendly explosives provides great potential for increased productivity while reducing the environmental impact of the explosive, says Matz.

Hypex Bio Explosives Technology, which is one of the winners, is developing a nitrate-free explosive that can be of crucial importance for mining. By replacing ammonium nitrate with hydrogen peroxide as an oxidizing agent in the explosive, one sees great advantages with, among other things, lower emissions of nitrogen compounds, significantly reduced CO2 emissions and reduced need for ventilation the gases produced.

– We all at Hypex Bio are very proud and happy to have been named one of the two winners among so many creative ideas. Winning means a confirmation from the industry that we are on the right path and strengthen our confidence going forward. The winnings will be used for further verification projects in the Scandinavian mining market, says Thomas Gustavsson, CEO, Hypex Bio Explosives Technology AB.

The other winner who gets the means to realize its idea is RS Solutions. Their fully automatic and self-learning calculation system for seismic event, BEMIS, provides fast and accurate information about seismic events, predicts seismic activity based on production plans and creates tomographic images that show changes in the rock mass. This means good opportunities to increase safety in the mine while increasing production and moving to greater depths.

– So incredibly fun and gratifying, says Jesper Martinsson, CTO, RS Solutions AB. We are super-excited to take the idea further from today’s proof-of-concept, which is being tested in a few mines, to a product to benefit the large market. With this win, we are taking a big step in that direction!

The jury, which has consisted of representatives from Boliden, Epiroc, EIT RawMaterials, LKAB, Swedish Mining Innovation and Vinnova, has been able to take part in many interesting ideas that meet the challenges the industry’s facing. Everyone who participated in the competition will receive help from Swedish Mining Innovation in finding ways to take their idea further.

– We already know that most of the ideas that the jury got to take part in will be taken forward in some way. It can be in the form of an application in Swedish Mining Innovation’s open call, from another financier or through contacts with the industry who may have a need for the solution. We have seen before that this is an important part of the competition and a winning concept, says Matz Sandström.

RS Solutions AB, “Bayesian Estimation of Mine Induced Seismicity (BEMIS)”
Mining for ore in underground mines gives rise to seismic activity. BEMIS is a calculation system for seismic events. BEMIS provides fast and accurate information about seismic events, predicts seismic activity based on production plans, creates tomographic images that show changes in the rock mass. BEMIS self-learning algorithms provide a good opportunity to increase safety in the mine and at the same time increase production.

Hello there Andreas Svanberg, who just took his licentiate degree in strength theory

On June 4, Andreas Svanberg took his licentiate degree with his thesis “Full-Scale Modeling and Simulation of Bucket Filling and Wear for Mining Rope Shovels”. Andreas is a member of Swedish Mining Innovation’s… 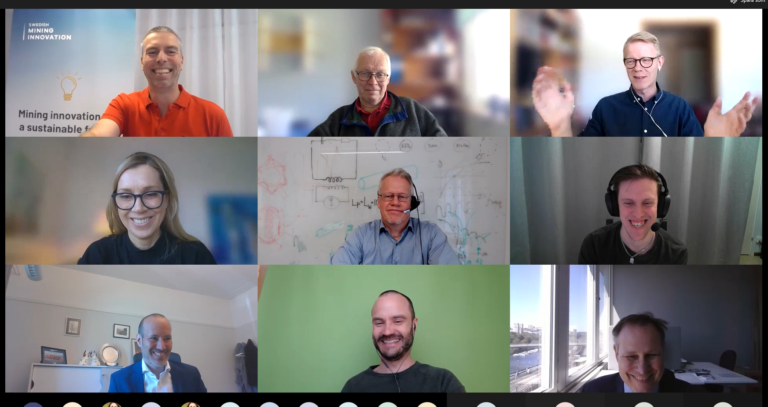 During the morning, Swedish Mining Innovation’s annual innovation idea competition were held for the sixth time in a row. Of the 19 ideas submitted to this year’s competition, the expert jury had selected… 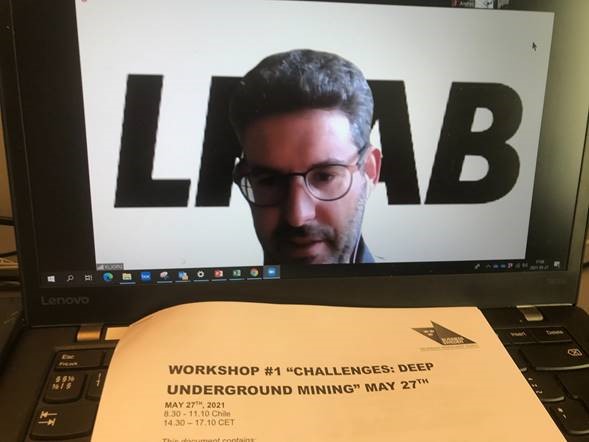 Yesterday, deep underground mining was on the agenda when representatives from Boliden, LKAB, and the Chilean mining giant Codelco met together with Business Sweden and Swedish Mining Innovation to discuss different aspects of…