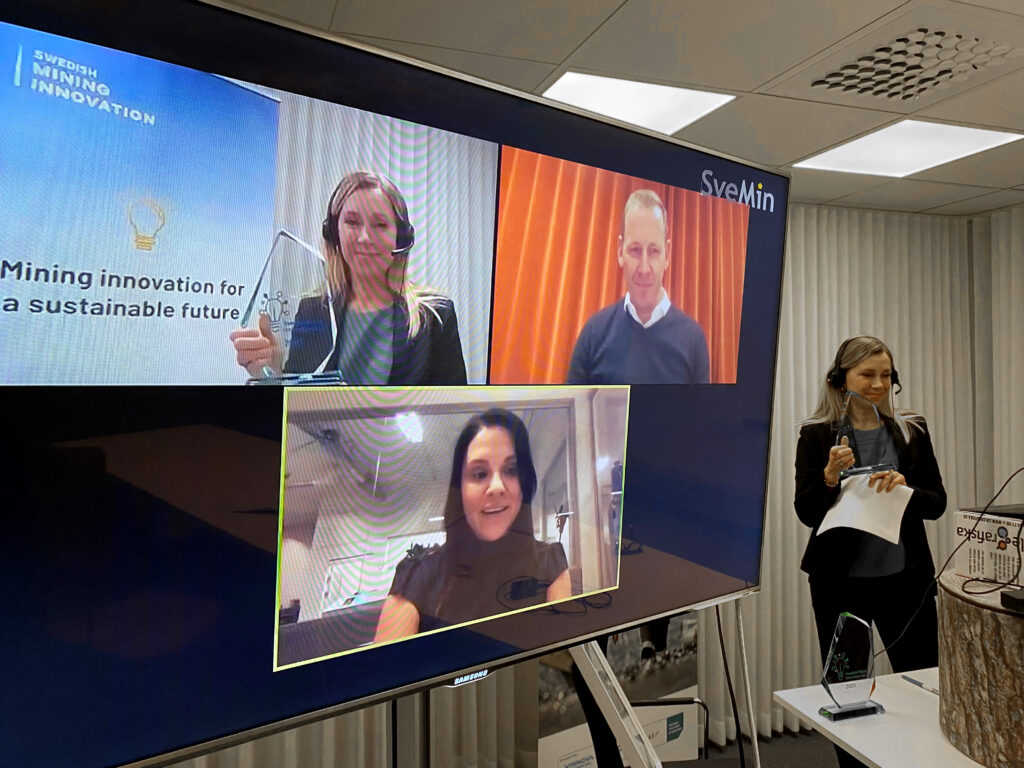 When the Swedish Mining Innovation Award 2020 was presented during the day, it was clear that the jury had chosen to give the award to two innovations that work with different solutions to modernize and increase the processing rate and effectiveness compared to traditional methods for mapping mineral deposits; Orexplore for their X-ray technology for drill cores and Minalyze for their scanners of large volumes of drilling samples.

As many processes in mining have advanced in recent years, traditional methods for mapping mineral deposits have not changed much, and are often slow and inefficient. In addition, the process is complicated by the fact that the examinations are often done in inaccessible places. Orexplore and Minalyze have both developed innovations that in different ways contribute with solutions to the same challenge.

Jenny Greberg, program director for Swedish Mining Innovation and chairman of the jury, wants to emphasize the value of being able to map in detail what is under the ground and get the information quickly, which is one of the most important pieces of the puzzle in an efficient process.
– New methods for mapping minerals can in the future change the entire life cycle of the mine, but above all ensure the access to raw materials that the world needs, says Jenny. During the jury work, these two innovations stood out for their height of innovation, commercial value and global potential. The fact that two Swedish companies contribute with solutions that dramatically improve such an important process is proof that Swedish mining innovation is world-class.

Lennart Evrell, board member of SCA, the Confederation of Swedish Enterprise, ICA and Epiroc are part of the jury.
– This was really not an easy task for the jury, it was almost impossible to rank the two, says Lennart. It was clear to us early on that they both have innovations that in various ways improve and shorten the process from exploration to producing mines. The further into the jury work we got, the clearer it became that both were worthy of attention.

– Being named a winner feels incredibly honoring and fun! We are at the absolute forefront of technology and I am extremely proud of what our talented employees have achieved! I also feel grateful for the support we have received from Innovation Sweden, especially Vinnova, which has made a strong contribution to our development. That Swedish Mining Innovation highlights and rewards innovations in the field of digital mineral analysis feels extra important as it points out that continued digitization and automation of mapping of discoveries is the future and contributes to more sustainable and efficient mining, says Kevin Rebenius, CEO of Orexplore.

– I am very proud to receive this award in recognition of my and my team’s hard and determined work in creating Minalyzer CS and minalogger.com. Through our innovations, we create the conditions for digitizing the mining industry. We will manage this award well and will continue to ensure that Sweden is at the forefront of mining innovations, says Annelie Lundström, CEO of Minalyze.

This year, the jury also chose to award a special inspiration prize to the VR mine developed by the Swedish consortium within the SIMS project, with Epiroc and Luleå University of Technology at the forefront.

– Of all the nominations, it stood out because it showed the collaboration on which the Swedish mining innovation system is so successfully based, and also because it is aimed at a very important target group – children, young people and the general public, says Jenny Greberg.

The virtual mining environment is developed based on game technology and with a focus on visualization and shows world-leading sustainable intelligent mining in a way that creates interest even outside the mining industry. It is available to the public and reaches a large number of children and young people through the installations at the Technical Museum in Stockholm and Teknikens Hus in Luleå.

Motivation Orexplore
Orexplore’s revolutionary X-ray technology provides in a short time detailed insight into the interior of the drill core in 3D, such as knowledge of structures, density, mineralogy and levels, all in one and the same scan. Orexplore’s solution is currently used by mines in Europe and Australia. The innovation has great development potential even for substances with low detection levels such as gold, which is the focus for a large part of the global exploration.

Motivation to the VR-mine
The VR mine is a fine example of a collaboration between industry and academia on which the Swedish mining innovation system is based. It visualizes sustainable intelligent mining in an interesting and realistic way, and creates interest and makes knowledge of modern mining available to an important target group; children, young people and the general public. 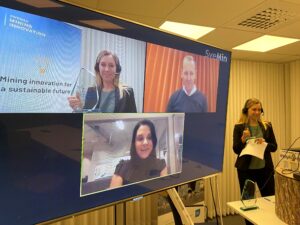 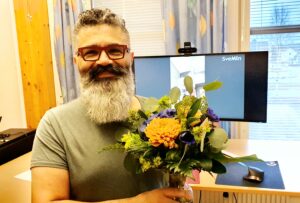 Here you can see the award ceremony afterwards (2: 32.01 in the broadcast).

Film with the three finalists 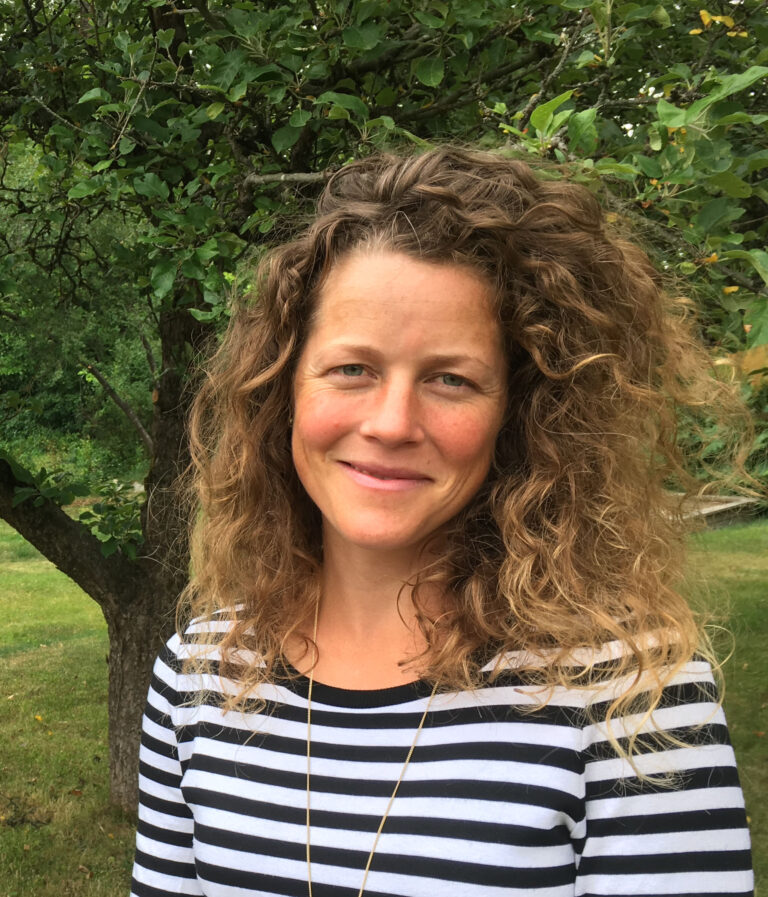 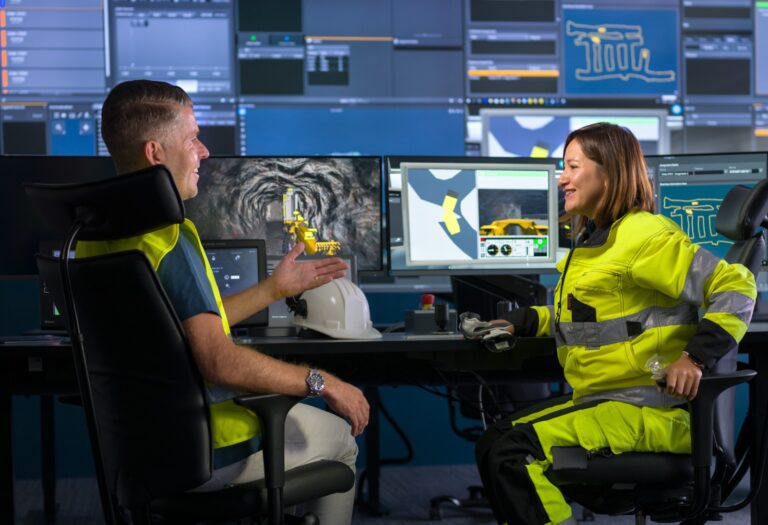 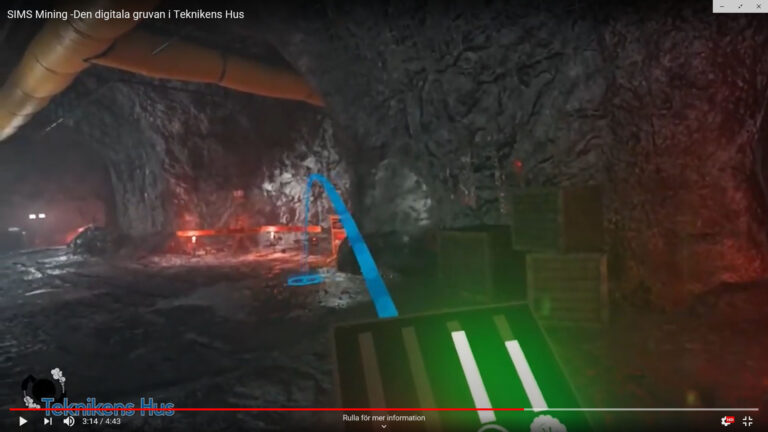 VR mine at Teknikens hus to create curiosity among young people

To create interest, arouse curiosity and give young people an understanding of what the work in a state-of-the-art mine looks like, Swedish Mining Innovation has financed the installation of a VR mine at…