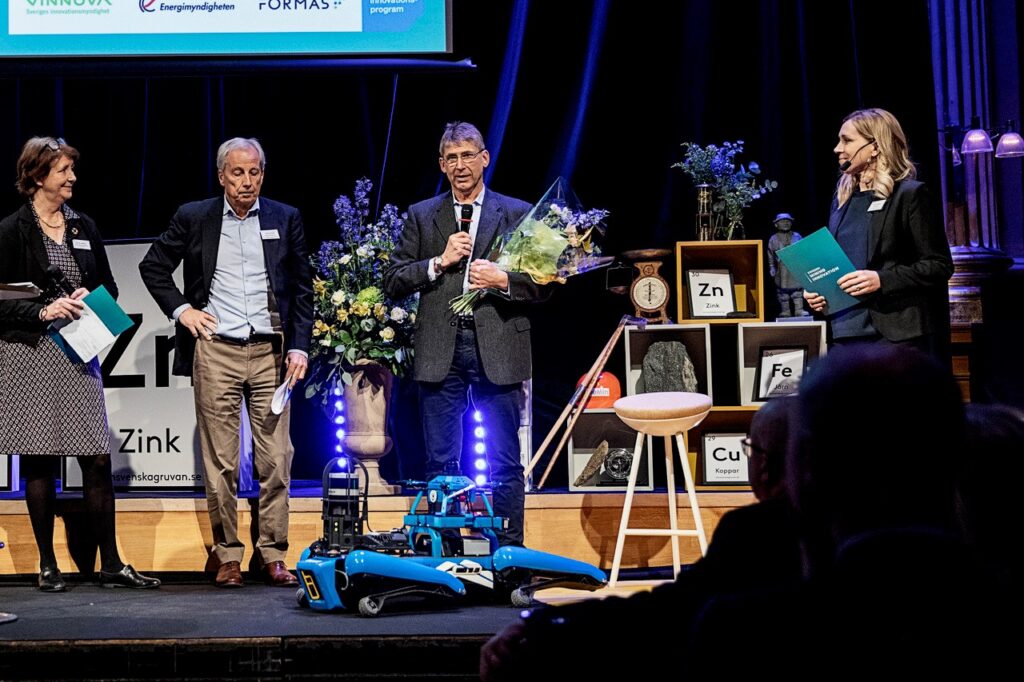 The other two finalists who settled for the title were Retenua AB for their robust solution emitrace® which increases safety around autonomous vehicles underground and the mining industry’s roadmap for biodiversity, Mining with Nature.

The winner Hybrit, which is a collaborative project between LKAB, Vattenfall and SSAB, has during the summer presented the first hydrogen-reduced sponge iron in pellet form. The goal is carbon dioxide-free steel production, from mining to finished steel, and the hydrogen-reduced sponge iron is crucial for creating a completely fossil-free process. This is part of a solution to a problem that is in a global focus, the impact of industry on the climate.

Jenny Greberg, Program Director Swedish Mining Innovation and chairman of the jury is happy and impressed by this year’s finalists who show both the breadth and height of Swedish mining innovation.

– Hybrit is a project that gets a global imprint and Sweden as a mining nation should be proud of the way you take the baton, run first and lead the technological development that is a necessity for a sustainable society. The project shows the power that collaboration between actors provides, says Jenny.

Jan Moström, CEO of LKAB received the award on behalf of the Hybrit consortium and he wanted to extend a big thank you to above all the talented people in Hybrit Luleå who made it possible.

– The people who should receive this award are actually the talented researchers who have solved many of the problems that have arisen, and we envisage that in the near future we will start converting iron production. So thank you!, says Jan.

During the award ceremony, the jury revealed that they had decided to award an inspirational prize to the mining industry’s roadmap for biodiversity. The industry-wide roadmap is an innovation in itself as it is the first of its kind, and although there are other roadmaps for climate-free competitiveness in widely differing industries, there was no similar initiative in terms of biodiversity. The roadmap is called Mining with Nature and the work of producing it has been led by the industry organization Svemin.

Linda Bjurholt, Environmental Manager at LKAB and the chair of the steering group received the award. – One of the ideas in developing this roadmap is to be able to inspire others. We have not come as far in planning when it comes to counteracting the threat to biodiversity as when it comes to the climate, but I hope that in 5-10 years we will have a similar Hybrit initiative on the biodiversity side as well, says Linda.

This is a pioneering solution to a problem that is in a global focus, the impact of industry on the climate. Through outstanding collaboration and a unique holistic approach, this innovation has taken the lead in industrial transformation, not only in Sweden but also internationally. The winner of the Swedish Mining Innovation Award 2021 is Hybrit with the owners LKAB, Vattenfall and SSAB for the world’s first hydrogen-reduced sponge iron, a crucial milestone in creating a completely fossil-free value chain from mine to steel.

The inspiration award for Mining with Nature

By highlighting a global challenge and concentrating the industry around a common issue that is critical for a future sustainable planet, it shows in an exemplary and inspiring way how the basic industry can and must work on a broad front to minimize its footprint. The project is unique and is the world’s first of its kind. This year’s inspiration award goes to Mining with Nature – The mining industry’s roadmap for biodiversity. 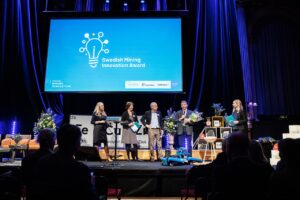 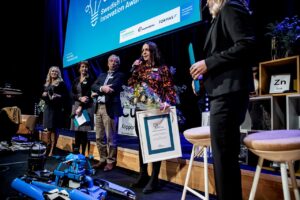 Linda Bjurholt, Environmental Manager at LKAB and the chair of the steering group receive the Inspiration Award. Photo: Axel Öberg.

The finalists in the Swedish Mining Innovation Award 2021 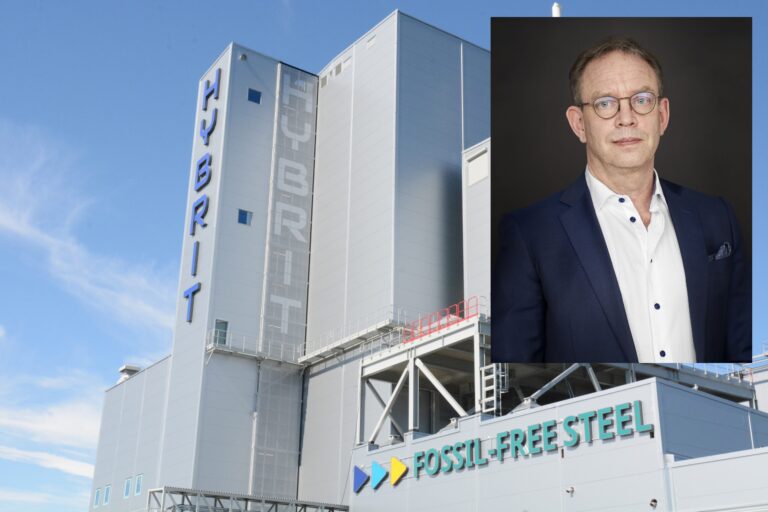 Hybrit is a finalist in the Swedish Mining Innovation Award 2021

Picture: HYBRIT Pilot plant for direct reduction with hydrogen, Luleå / Lars Ydreskog, LKAB. Photo: Åsa Bäcklin, HYBRIT Hybrit is one of the finalists in the Swedish Mining Innovation Award 2021 for the… 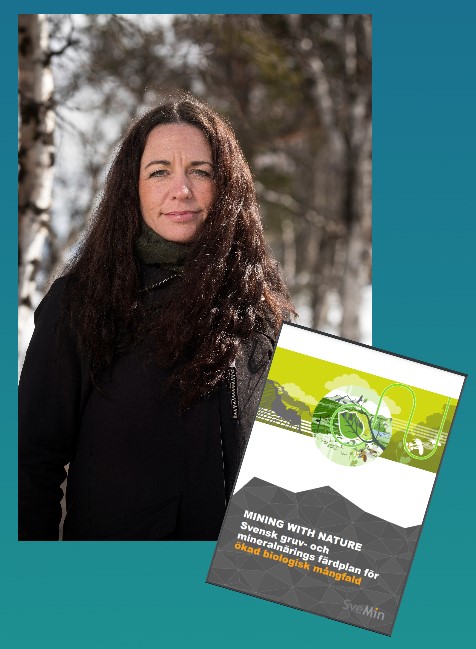 Roadmap as a finalist in the Swedish Mining Innovation Award 2021

Photo: Linda Bjurholt The mining industry’s roadmap for biodiversity, Mining with nature, is one of the finalists in the Swedish Mining Innovation Award 2021. A slightly different finalist compared to other more technical…