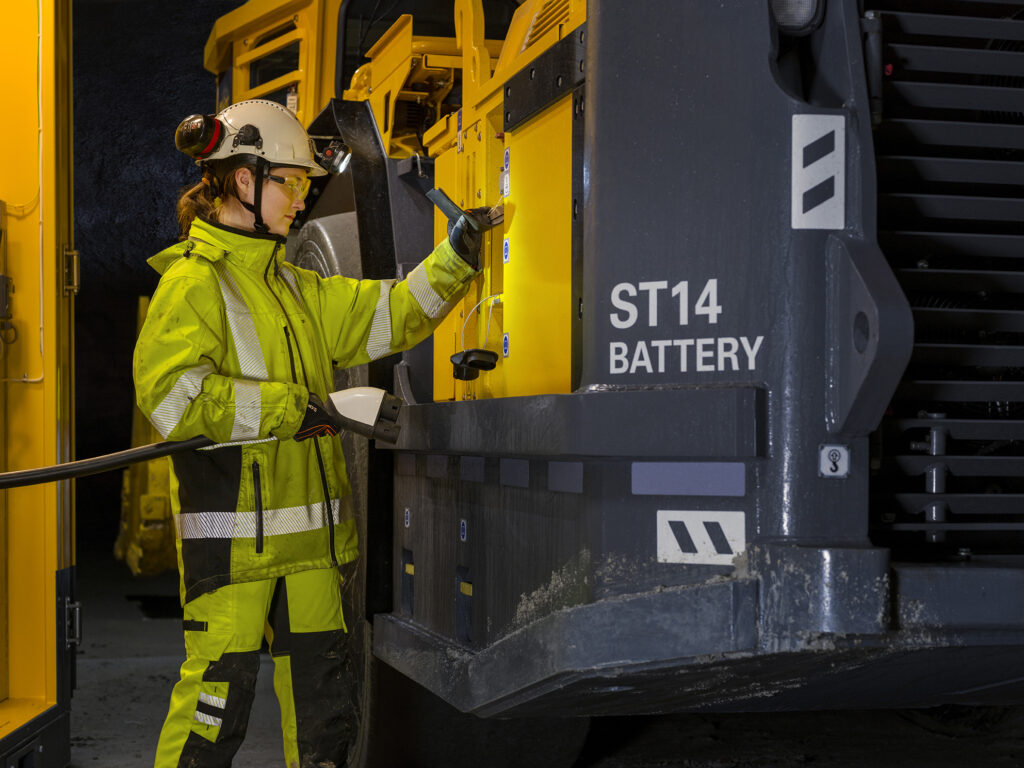 26 new research and innovation projects for increased sustainability and competitiveness in the Swedish mining and metal-producing industry are now starting. The projects are the result of the innovation program Swedish Mining Innovation’s annual call with funding from Vinnova. The total budget of €18+ million is more than a quadrupling compared to last year.

– Right now there is an incredible innovation drive in the entire Swedish mining industry. The companies are making huge investments which is also reflected in our call. Never before have we received so many project applications, and never before have the industry actors themselves invested so much time and money in the research and innovation projects, says Jenny Greberg, program director at Swedish Mining Innovation.

The call, “Resource efficiency and sustainable production in the mining and metal-producing industry”, was open between May and November last year. This year’s approved projects have now been announced.

– One of the government’s priorities is to drive the green and digital transition and create jobs with good conditions throughout the country. The transition involves electrification and digitalization of society and industry, it will require more metals and minerals. The great interest in the call shows a great need and innovative power in the industry, but also that the innovation program effectively supports and accelerates the development, says Minister for Business, Industry and Innovation Karl-Petter Thorwaldsson.

Boliden is one of the companies that has been involved in Swedish Mining Innovation since the start.

– Swedish Mining Innovation plays a unique role in the industry’s innovation ecosystem. Through the call, we as a mining company have a platform for collaboration with research actors, smaller companies and other organizations to solve industry challenges that span a wide range. The projects generate important results in everything from gender equality and safety to the environment, climate and production efficiency, says Daniel Eklund, technical director at Boliden and chairman of the Swedish Mining Innovation board.

The planned call budget was €4,2 million last year, an increase from a normal level of about €2,3 million. However, due to the large number of qualified applications, Swedish Mining Innovation via the financier Vinnova has further increased its share of the financing to €8,2 million. Among other measures, Vinnova’s Advanced Digitalization program has financed certain projects with an especially strong connection to advanced digitalization with an additional €2 million. With the industry actors’ own financing of €10 million, the total project budget is over €18 million, shared between 26 projects. More than a quadrupling compared to last year.

– When there is such a great need from both society and industry, it is gratifying that we have been able to increase our support and be the enabler that the industry needs. The mining and metal-producing industry is a cornerstone of the green transition and our goal is for Sweden to strengthen its position as the world’s most sustainable mining nation, says Rebecca Hollertz, program manager at Vinnova.

This year’s approved projects aim, among other things, to reduce environmental and climate impact, streamline production, develop new sustainable offerings, improve the working environment and create conditions for a long-term successful supply of staff and skills in the industry.

– There is a great breadth in this year’s approved projects. One of the projects wants to develop a roadmap for creating attractive, inclusive and safe working conditions in connection with the industry’s revolutionary digitalization. Another wants to develop techniques for recycling used batteries and battery metals on an industrial scale. In a third, a process is being developed to reduce energy consumption in comminution, the process in mining operations that requires the most energy, by more than 80 percent. These are just a few examples, says Lawrence Hooey, technology and innovation manager at Swedish Mining Innovation.

Swedish Mining Innovation works for gender equality in the mining industry and aims to achieve at least a 40/60 balance in the representation of the sexes in the projects, both in terms of the composition of project managers and the distribution of funding.

– In this year’s call, 41 percent of project funding goes to projects led by women and 59 percent to projects led by men. In recent years we have focused efforts to achieve a more inclusive balance among applicants and now we see the result of that. This is a significant and necessary progress that will provide a higher rate of innovation in our industry, says Niclas Dahlström, project manager at Swedish Mining Innovation and responsible for the program’s work for inclusive innovation.

The program encourages those who apply for the projects to describe how they plan to include the gender perspective and work for gender equality in the projects. The program also offers the projects competence-raising educational initiatives.

Swedish Mining Innovation is one of 17 national strategic innovation programs started and financed by Vinnova, the Swedish Energy Agency and Formas. The purpose of the program is to strengthen Sweden’s competitiveness and create conditions for sustainable solutions to global societal challenges, such as access to raw materials and sustainable raw material production.

Facts about the call

Swedish Mining Innovation distributes funds each year for a number of research and innovation projects, through an open call. The projects address the challenges defined in a strategic research and innovation agenda developed by a broad range of industry representatives. The applications are assessed by Vinnova’s panel of independent national and international experts.

To date, 237 projects have been funded. The projects are often based on collaboration between large industrial companies, academia and institutes, smaller companies and startups, but also other types of organizations. 72 project applications were received for the call, which closed in November 2021. Funding has been granted for a total of 12 pre studies, 13 full-scale projects and 1 pilot project (a total of 26 new projects).

All approved projects in the call

We look back on a year when the mining industry has received a great deal of attention. It has not only been about the challenges with the permit processes, but innovation linked to… 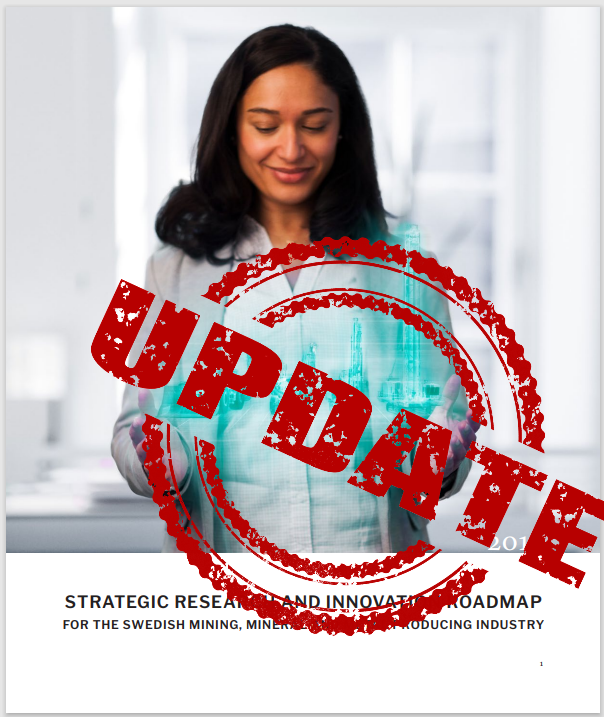 It is time to update the Strategic Research and Innovation Roadmap for the Swedish mining, mineral and metal producing industry – and you are invited!

Due to the new restrictions – NOW DIGITAL!  Every three years the Strategic Research and Innovation Roadmap for the Swedish mining, mineral and metal producing industry is updated. Now it is time again,… 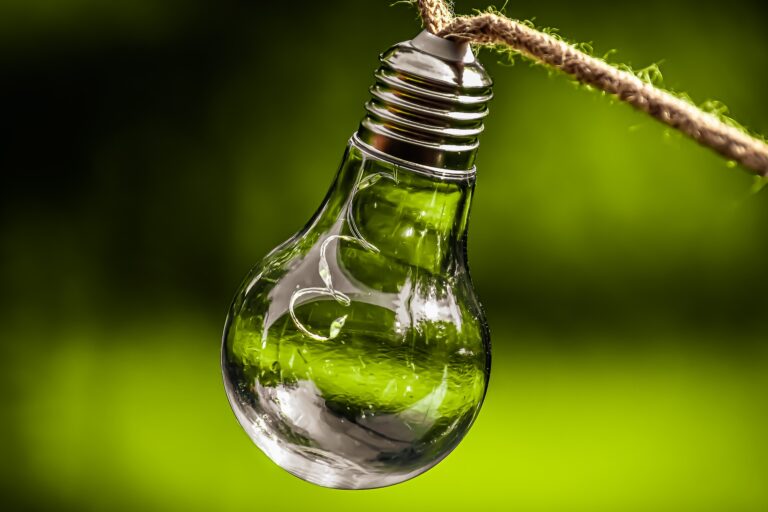 Do you have international contacts that could lead to new collaborations, but need a boost to get it off the ground? We are now launching an internationalization grant that aims to initiate new…